Mitchell and Vincent are a Westcountry duo who bring traditional and contemporary styles on fiddle and guitar to folk music from the British Isles, as well as original material drawing on the folk traditions, using varied arrangements to create stories with their tune sets as well as songs. They are both luthiers and play instruments hand-crafted by themselves. They have performed at festivals and concerts around the UK (including Glastonbury, Broadstairs, Beverley, Oxford and Lyme Folk Weekend), released three albums and also supported great musicians such as Ralph McTell and Wizz Jones, Tim Edey Trio, Jackie Oates Duo, The Damien O’Kane Band and Kate Rusby.

Acoustic magazine praised their playing as, “Stunning”; FATEA said, “Music that is beautifully played”; while Bright Young Folk described their performance as, “Their sound is much deeper and richer than you would expect from an acoustic duo. Intricate instrumentalism and pulsing rhythms abound … providing skilled arrangements and expert delivery of tunes and songs which showcase the vibrancy, and variety, of folk music across Britain. A thoroughly engaging and enjoyable experience.”

Other comments from live performances include:
– J. Hayes, Festival Director, Lyme Folk Weekend: “Highlight of the festival … Bringing the crowd to tears one moment and to their feet the next.”
– K. King at Readifolk Club: “Mitchell and Vincent were completely amazing. Such expression and dynamics in their playing whilst still staying tight as a duo and the songs were so deftly and beautifully delivered. I was spellbound.”
– Dreamers Folk Club (Cornwall), “Excellent night with Mitchell and Vincent on classical guitar, fiddle and voice. Not just technically brilliant but played with warmth and feeling.” 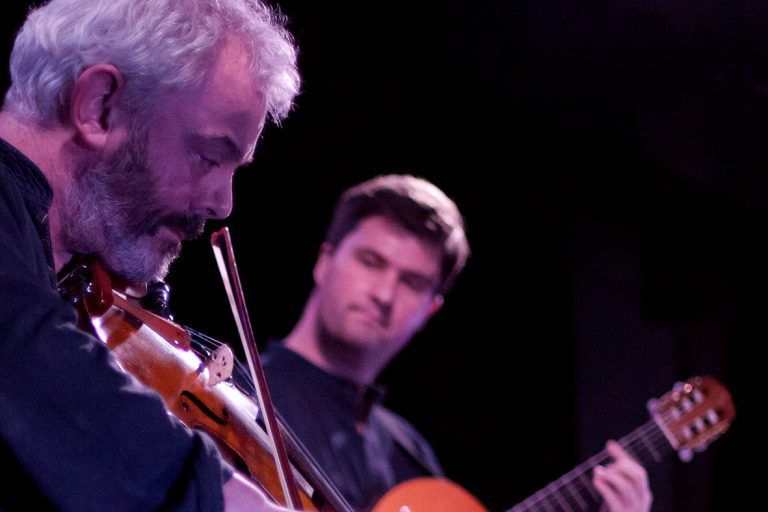